A few weeks back on a Friday Favourites post, my favourite laugh was a humorous inscription from Carrie Fisher being sold in this month’s auction from Profiles in History, The Personal Property Auction of Carrie Fisher and Debbie Reynolds.

For those unfamiliar, Debbie Reynolds was a Hollywood hero who single–handedly tried to preserve the industry’s most treasured pieces by collecting thousands of props, wardrobes and film equipment. The collection, detailed in a 2011 Wall Street Journal piece, included Audrey Hepburn’s white Ascot dress from My Fair Lady, Julie Andrews’s guitar from The Sound of Music, Judy Garland’s iconic ruby slippers, Marilyn Monroe’s white pleated halter dress from The Seven Year Itch, and Elizabeth Taylor’s Cleopatra costume, among much, much more.

Reynolds, who had purchased much of the collection from the historic 1970 liquidation of MGM Studios, tried for years to get the items into a proper museum, in partnership with the Academy of Motion Picture Arts and Sciences, an effort which never came to fruition. Facing the cruel reality that her collection would never receive a permanent home, she sold most of her treasures in auctions through Profiles in History beginning in 2011.

On Saturday, 7 October, the personal property of the late mother-and-daughter actresses goes on the auction block. Admittedly hard to narrow down, here are my top ten pieces up for sale…

Vintage original approx. 43 x 71 in. 3-sheet poster for the “psycho-biddy” classic. Printed in 2-sections and linen-backed with only minor retouching to folds. In vintage new condition. (Lot 156)

Vintage diner sign constructed of sheet metal and neon. The large outdoor sign measures 102 x 60 x 10 in, is painted red, white and blue, reading,“Deb’s Drive-In” with “Debs” and the border of the sign framed in neon tube lighting. Exhibiting minor age and weathering. Gifted to Reynolds by Carrie Fisher, the sign was a memorable piece of outdoor décor at her Beverly Hills estate and features in the documentary Bright Lights (2016). Some age and wear. (Lot 180)

Vintage original metal sign measuring 15 x 8 in. and with enamel printing featuring the MGM lion icon and text reading,“MGM SoundVault”.With holes drilled in each of four corners for mounting to the studio wall. Exhibiting wear and use. In vintage very good condition. (Lot 397)

Paper-bound 275-page auction catalog by Sotheby-Parke-Bernet Los Angeles for the landmark 1971 liquidation of 20th Century- Fox props, costumes, vehicles, posters, artwork, etc. This catalog belonged to Debbie Reynolds, and resided on a bookshelf in her bedroom at her Beverly Hills home. Some pages are dog-eared, denoting items that were once a part of Reynolds’ unparalleled Hollywood memorabilia collection, which she had begun to assemble a year prior at the MGM sale. Exhibiting a small handling crease to cover and minor wear to spine. (Lot 151) 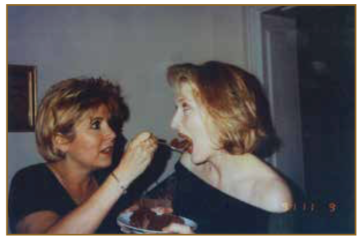 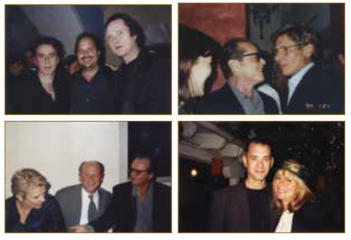 Collection of (6) Debbie Reynolds studio bound and bradded on-set shooting scripts including (1) In and Out, (1) Pilot episode of Esme written by Carrie Fisher and (4) Will & Grace scripts including Episodes: “The Unsinkable Mommy Adler”, “Lows in the Mid-Eighties”, “Moveable Feast” and “The De nition of Marriage”. 3-scripts signed on the cover by Reynolds and some with character name highlighted and annotation. All in production used very good condition. (Lot 299) 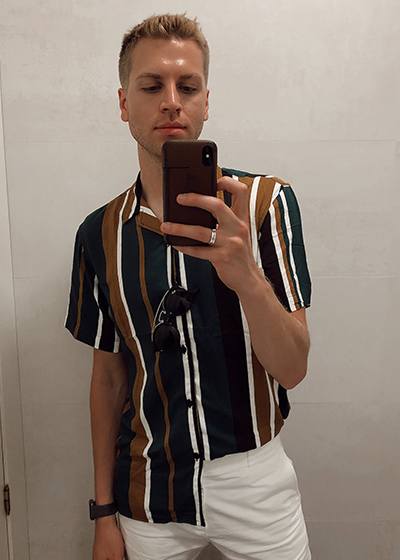 It's going to be a long day 🥱
Wander where the WiFi is weak 🌲 Dean Boots from @Levis available at @ShoeCarnival 🥾 Link in bio.
Keep it going 🔋
Shhh 🤫 It's a surprise reunion!
Even if you are not ready for the day, it cannot always be night 🌙
A spooktacular Chicagoween 👻
POV: You're looking at photos from my week in Texas—not Europe 🌞
A weekend reppin' Cecily's Butter Shop at #KCPride 🧈🏳️‍🌈 #iykyk
Loading Comments...
%d bloggers like this: